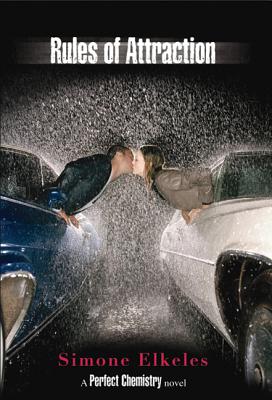 Carlos Fuentes doesn't want any part of the life his older brother, Alex, has laid out for him in Boulder, Colorado. He wants to keep living on the edge, and carve his own path just like Alex did. Unfortunately, his ties to a Mexican gang aren't easy to break, and he soon finds himself being set up by a drug lord.

When Alex arranges for Carlos to live with his former professor and his family to keep him from being sent to jail, Carlos feels completely out of place. He's even more thrown by his strong feelings for the professor's daughter, Kiara, who is nothing like the girls he's usually drawn to. But Carlos and Kiara soon discover that in matters of the heart, the rules of attraction overpower the social differences that conspire to keep them apart.

As the danger grows for Carlos, he's shocked to discover that it's this seemingly All-American family who can save him. But is he willing to endanger their safety for a chance at the kind of life he's never even dreamed possible?

Simone Elkeles is the author of Perfect Chemistry, Rules of Attraction, and Leaving Paradise, a Book Sense Pick. Simone was named Author of the Year by the Illinois Association of Teachers of English.
Loading...
or
Not Currently Available for Direct Purchase