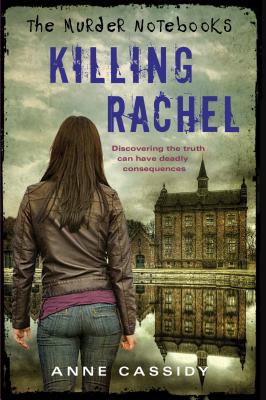 It's been five years since Rose's mother and Josh's father disappeared while on a dinner date.
Police inquiries have gone nowhere and the case, it seems, is closed: Rose and Josh have been told that the police officially believe their parents are dead. But they still hold out hope that they are alive-particularly since their discovery of several cryptic notebooks that detail police cases their parents may have been investigating. Then Rose starts to receive odd, desperate messages from Rachel, her former best friend, about seeing Rose and Josh's parents . . . alive . . . a few towns away. But before Josh and Rose can investigate, Rachel is murdered.

The closer Rose and Josh get to uncovering the secret of their parents' disappearance . . . the more people seem to die. Can they uncover the secret of the Butterfly project before it's too late?

Anne Cassidy is the author of Dead Time, book one in the Murder Notebooks series and Looking for J.J. An acclaimed author in the United Kingdom best know for hard-hitting teen novels based on "ripped from the headlines" stories, Anne worked as a teacher for nineteen years before becoming a writer.
Loading...
or
Not Currently Available for Direct Purchase