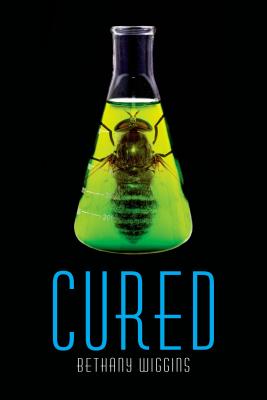 Now that Fiona Tarsis and her twin brother, Jonah, are no longer beasts, they set out to find their mother, with the help of Bowen and a former neighbor, Jacqui. Heading for a safe settlement rumored to be in Wyoming, they plan to spread the cure along the way--until they are attacked by raiders. Luckily, they find a new ally in Kevin, who saves them and leads them to safety in his underground shelter. But the more they get to know Kevin, the more they suspect he has ties to the raiders. He also seems to know too many details about Jacqui and her family-details that could endanger them all. For the raiders will do anything they can to destroy the cure that would bring an end to their way of life. Bethany Wiggins's reimagining of our world after an environmental catastrophe won't fail to stun readers.

Praise For Cured: A Stung Novel…

“Muses on the dangers of science and medicine and deftly maps out the chain of events that has led to catastrophe, creating a violent world vastly different from ours but still recognizable. With a stirring conclusion and space for a sequel, it's an altogether captivating story. Readers will gladly be bitten by this bug.” —Kirkus Reviews, starred review, on Stung

“This retelling of Sleeping Beauty keeps the reader hooked until the end with the action, mystery, and a bit of romance.” —Library Media Connection on Stung

“For readers of the Twilight and Hunger Games books who are looking for a paranormal love story with a strong female protagonist.” —VOYA on Shifting

“There's a Hitchcockian touch to the sinister and growing horde of animals that stalks Maggie . . . a nice departure from the more played-out werewolf plots.” —BCCB on Shifting

“An engaging story that's difficult to put down. Recommend it to fans of Maggie Stiefvater's Wolves of Mercy Falls series.” —School Library Journal on Shifting

BETHANY WIGGINS is the author of Stung and Shifting. She started writing on a dare and dove headfirst into the world of writerly madness. She lives in the desert with her husband, four quirky kids, and two very fluffy cats.
www.bethanywiggins.com