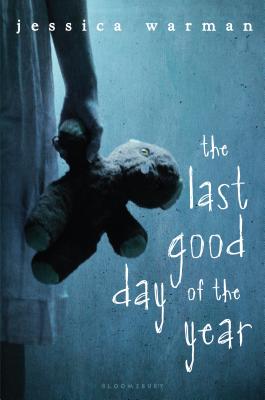 The Last Good Day of the Year

Ten years ago, seven-year-old Samantha and her next door neighbor Remy watched helplessly as Sam's little sister was kidnapped. Later, Remy and Sam identified the man and he was sent to prison.

Now, Sam's shattered family is returning to her childhood home in an effort to heal. As long-buried memories begin to surface, she and Remy wonder what they really saw. The more they re-examine the events of that fateful night, the more questions they have about what happened to Turtle . . . and they become more certain that Turtle's killer is still out there, hidden amongst the members of their tight-knit community.

Master storyteller Jessica Warman keeps readers guessing in an arresting page-turner that questions whether the potential for evil lurks within us all.


Praise For The Last Good Day of the Year…

“[E]ngrossing: a deeper exploration into the long-term ramifications a child abduction wreaks upon a family. Asuspenseful and haunting look at the uncertainty of memory.” —Booklist

“The story contains lots of tension that fans of the genre will love.” —School Library Journal

“Readers will experience first-hand what Sam and Remy witnessed, and work with Sam as she recounts the facts and clues from that horrible night and the years that follow. . . A chilling story that will appeal to readers who enjoy mystery and suspense.” —VOYA

“There's mystery upon mystery here, but they're all imbued with tenderness and tragedy, and the final, supernaturally touched puzzle is genuinely surprising and original.” —starred review, BCCB on BEAUTIFUL LIES

“The novel's tension and persuasive sense of dread should captivate readers.” —Publishers Weekly on BEAUTIFUL LIES

“It's been a while since The Lovely Bones was in every high school backpack; this is a strong contender to take its place.” —starred review, BCCB on BETWEEN

“A perfect read for teens who like complex characters.” —starred review, Booklist on BETWEEN

“Dramatic and unpredictable . . . A page-turner to the bittersweet ending.” —Kirkus Reviews on WHERE THE TRUTH LIES

“Characterization is vivid and exquisite . . . tender and intimate.” —starred review, BCCB on BREATHLESS

JESSICA WARMAN is also the author of Breathless, which received three starred reviews and was an ALA Best Book for Young Adults, and Where the Truth Lies. The idea for Between came from an incident in her childhood, when a local boy went missing after a party on a yacht (he was eventually found, alive). www.jessicawarman.com
Loading...
or
Not Currently Available for Direct Purchase