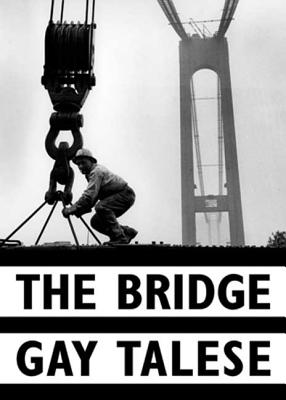 The Building of the Verrazano-Narrows Bridge

With a new preface and afterword by the author and drawings by Lili Rethi.

Towards the end of 1964, the Verrazano Narrows Bridge—linking the New York City boroughs of Brooklyn and Staten Island with New Jersey—was completed. It remains an engineering marvel almost forty years later—at 13,700 feet (more than two and a half miles), it is still the longest suspension bridge in the United States and the sixth longest in the world. Gay Talese, then early in his career at the New York Times, closely followed the construction, and soon after the opening his book The Bridge appeared. Never before in paperback, it remains both a riveting human drama of politics and courage, and a demonstration of Talese's consummate skills as a reporter and storyteller. His memorable narrative—accompanied, as then, by the astonishingly beautiful working drawings of Lili Rethi—will now captivate a new generation of readers.

Gay Talese is known for his daring pursuit of "unreportable" stories, for his exhaustive research, and for his formally elegant style. These qualities, arguably, are the touchstones of the finest literary journalism. Talese is often cited as one of the founders of the 1960s "New Journalism," but he has always politely demurred from this label, insisting that his "stories with real names" represent no reformist crusade, but rather his own highly personal response to the world as an Italian-American "outsider."