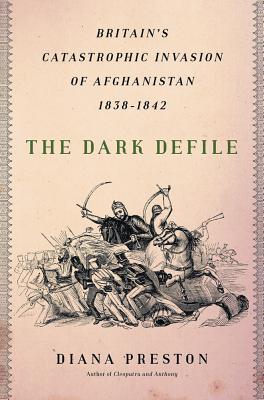 Convinced in 1838 that Britain's invaluable empire in India was threatened by Russia, Persia, and Afghan tribes, the British government ordered its Army of the Indus into Afghanistan to oust from power the independent-minded king, Dost Mohammed, and install in Kabul the unpopular puppet ruler Shah Shuja. Expecting a quick campaign, the British found themselves trapped by unforeseen circumstances; eventually the tribes united and the seemingly omnipotent army was slaughtered in 1842 as it desperately retreated through the mountain passes from Kabul to Jalalabad. Only one Briton survived uncaptured. Diana Preston vividly recounts the drama of this First Afghan War, one of the opening salvos in the strategic rivalry between Britain and Russia for supremacy in Central Asia. As insightful about geography as she is about political and military miscalculation, Preston draws on rarely documented letters and diaries to bring alive long-lost characters-Lord Auckland, the weak British governor-general in India; his impetuous aide William Macnaghten; and the prescient adventurer-envoy Alexander Burnes, whose sage advice was steadfastly ignored. A model of compelling narrative history, The Dark Defile is a fascinating exploration of nineteenth-century geopolitics, and a cautionary tale that resonates loudly today.

Diana Preston is an Oxford-trained historian and the author of A First Rate Tragedy, The Boxer Rebellion, Lusitania: An Epic Tragedy, and Before the Fallout: From Marie Curie to Hiroshima, which won the 2006 Los Angeles Times Book Prize for Science and Technology. With her husband, Michael, she has coauthored A Pirate of Exquisite Mind and Taj Mahal. She lives in London, England.
or
Not Currently Available for Direct Purchase