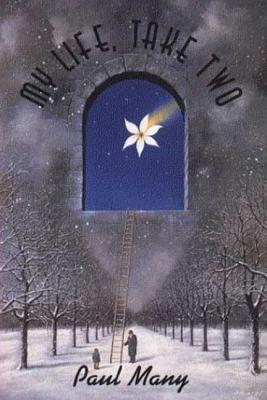 Sixteen-year-old Neal Thackery is trying really hard to follow the logical (but boring) path laid out for him by his mother, his longtime girlfriend, Emily, his guidance counselor, his boss. . . He punches the time clock and does his best to follow directions, but even those who want him to pursue a program of school, job, marriage, and home ownership seem to agree—he may just be too much of a klutz to pull it off. As if Neal doesn't have enough problems, he must turn something in for his documentary film class, and so far all he has are his wild imagination and some strange, dreamlike images of his dead father. But as Neal works on the film, and works through some tough breaks, his past and future begin to make more sense—to him and to everyone. Paul Many's rare combination of irreverent humor and razor-sharp insight into the daily ups and downs of teenage life gives My Life, Take Two a clarity and honesty that readers will recognize and connect with.


Praise For My Life, Take Two…

“Many constructs an apologia for the nonconformist and invests Neal with a deliberately wry and sardonic tone that makes fun of Neal's own realizations. . . . Neal's voice drives both the plot and the message, realistically reflecting teen angst, humor, and hormones.” —Booklist

Paul Many is the author of one picture book, The Great Pancake Escape, and three young adult novels, Walk Away Home, My Life, Take Two, and These Are the Rules. My Life, Take Two was named one of New York Public Library's Books for the Teen Age. Paul lives with his family in Toledo, OH.