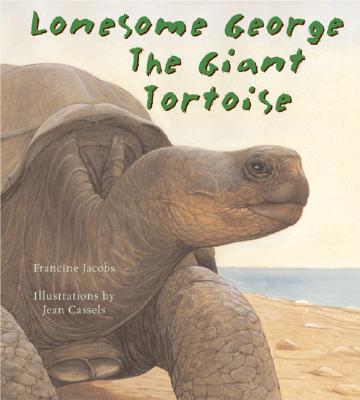 The remarkable true story of a one-of-a-kind survivor.

One lone tortoise lived a simple life on Pinta Island in the Galápagos Islands of the Pacific Ocean. Then visiting fishermen introduced goats to the unique island, which completely disrupted the ecosystem.

One lone tortoise stubbornly clung to life, even after his fellow tortoises disappeared slowly. Then, years after it was believed that all Pinta Island tortoises were extinct, scientists discovered one lone tortoise among the rocky hills of the now barren land.

The scientists named this miraculous survivor "Lonesome George" and brought him to the Darwin Research Station, where they hoped to find him a mate. Even though George has remained a steadfast bachelor while waiting for a Pinta Island mate, he is an inspiration for survival as well as a living reminder of the terrible price of extinction.

Jean Cassels has illustrated more than fifty natural history books for children. She is the illustrator of Cats to the Rescue. She lives in New Orleans, Louisiana.
Loading...
or
Not Currently Available for Direct Purchase