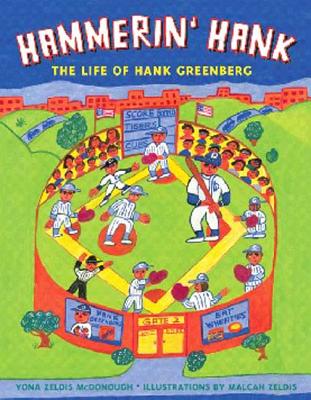 The Life of Hank Greenberg

The 1930s were a time when "outsiders" were not welcome in Major League Baseball. Henry Benjamin Greenberg began as one of those outsiders, but went on to become one of baseball's greatest right-handed batters.

Hammerin' Hank dominated baseball from 1933 to 1948 and was eventually inducted into the Baseball Hall of Fame. But Hank Greenberg was more than an amazing athlete. While Jews had been playing baseball since the 1800s, Hammerin' Hank was baseball's first Jewish superstar.

Yona Zeldis McDonough and her mother, Malcah Zeldis, have collaborated on several children’s books, including Anne Frank. They live in Brooklyn and New York City, respectively.