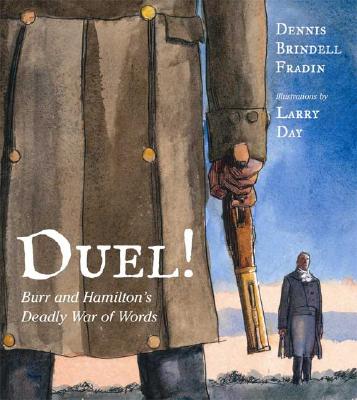 Dennis Brindell Fradin is the author of Let It Begin Here! Lexington & Concord: First Battles of the American Revolution and The Signers: The 56 Stories Behind the Declaration of Independence, which won numerous awards, including an ALA Notable, an ABC Choice Award, and an IRA Teacher's Choice Award. The New York Times Book Review called it "fascinating for young historians and just about anyone else." Dennis lives in Evanston, Illinois, with his wife, Judith.Larry Day has illustrated several picture books, including Let It Begin Here! and Not Afraid of Dogs, an SCBWI Golden Kite Award winner, while working in the advertising industry. His illustrations have appeared in the Chicago Tribune Magazine and in several exhibits, including his own shows. Larry lives in Downer's Grove, Illinois, with his wife, Melanie, and their two sons.
Loading...
or
Not Currently Available for Direct Purchase