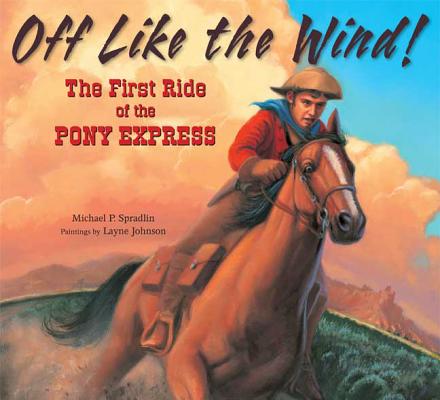 The First Ride of the Pony Express

In 1860, the first Pony Express rider set out on a trail from Missouri to California. With him, he carried a special delivery?the first mail ever carried by hand to the West. Over the next eleven days, he and many other riders would endure harsh weather, dangerous animals, and more, but nothing would diminish their unflagging determination and courage.
Meticulously researched and gorgeously illustrated, Michael P. Spradlin and Layne Johnson's Off Like the Wind! brings to life an adventurous journey, full of suspense and excitement, that celebrates America's can-do attitude and pioneering spirit.