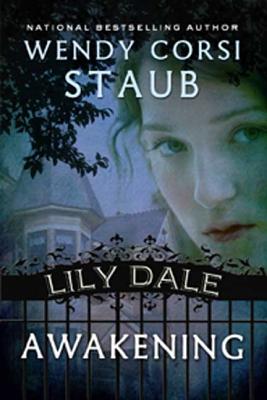 Calla thought that her boyfriend breaking up with her in a text message was the worst thing that could ever happen to her. But just two weeks later, her mother died in a freak accident, and life as she knew it was completely over. With her father heading to California for a new job, they decide that Calla should spend a few weeks with the grandmother she barely knows while he gets them set up.
To Calla's shock, her mother's hometown of Lily Dale is a town full of psychics—including her grandmother. Suddenly, the fact that her mother never talked about her past takes on more mysterious overtones. The longer she stays in town, the stranger things become, as Calla starts to experience unusual and unsettling events that lead her to wonder whether she has inherited her grandmother's unique gift. Is it this gift that is making her suspect that her mother's death was more than an accident, or is it just an overactive imagination? Staying in Lily Dale is the only way to uncover the truth. But will Calla be able to deal with what she learns about her mother's past and her own future?

The bestselling author of more than seventy novels, WENDY CORSI STAUB has penned multiple New York Times bestselling adult thrillers under her own name and more than two dozen young adult titles, including the current paranormal suspense series Lily Dale, which has been optioned for television. Her thriller, Live to Tell, received a starred review from Publishers Weekly and launches a suspense trilogy that will include sequels Scared to Death and Hell to Pay. Under the pseudonym Wendy Markham, she's a USA Today bestselling author of chick lit and romance.
Loading...
or
Not Currently Available for Direct Purchase