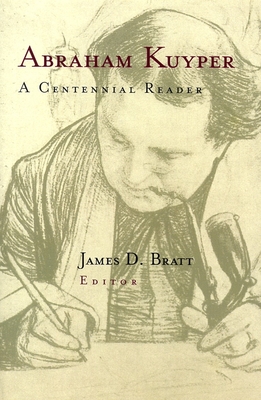 Abraham Kuyper (1837-1920) is one of the most remarkable men in the history of Reformed Christianity. He was eminent in Dutch public life for half a century and left a deep imprint on Dutch immigrant communities in the United States, Canada, and South Africa. A theologian, politician, journalist, university founder, and seminal thinker in the history of modern Calvinism, Kuyper offered an engaging critique of the nineteenth century that still has much to say at the end of the twentieth. This anthology, published in the centennial year of Kuyper's famous Stone Lectures, gathers sixteen key writings by Kuyper never before available in English. Included in this volume are Kuyper's definitive statements on politics, education, culture, and the religious currents and social problems of his time. Also included are Kuyper's own conversion narrative, his critiques of Modernism and of Holiness theology, his proposals on common grace and Calvinist politics, his reflections on a culture in thrall to pantheism and evolution, and his classic address on "sphere sovereignty." Freshly translated and rendered in a clear, accessible style, these writings clearly display Kuyper's wide-ranging and creative Christian mind. Editor James Bratt provides helpful explanatory notes and an introduction to each piece. Photographs, cartoons, and short excerpts from some of Kuyper's better-known works also make this an attractive volume that will stand as the premier Kuyper reader for years to come.

Abraham Kuyper (1837-1920) was a Reformed pastor and theologian who dominated the religious and political life of the Netherlands for nearly half a century and whose ideas continue to inspire an international school of thought. He founded the Vrije Universiteit Amsterdam, organized the first major Christian political party in Europe, and served as prime minister of the Netherlands. Kuyper lectured and wrote many books on Reformed theology and generally sought to show the public relevance of Christian faith to modern life. James D. Bratt is professor of history at Calvin College.
Loading...
or support indie stores by buying on