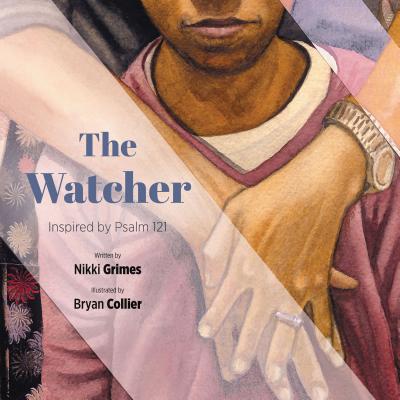 2018 World Magazine: Picture Book of the Year A poetic story inspired by Psalm 121 Jordan lives in fear of Tanya, the class bully. But Tanya has worries of her own, no matter how much she tries to ignore them. It seems impossible that Jordan and Tanya could be anything other than enemies, but the Lord is watching over them, guiding each of them along a path that might just help them to understand one another. Nikki Grimes takes the words of a Psalm 121 and masterfully transforms them into a golden shovel poem of compassion, friendship, and faith. Coupled with powerful artwork from Bryan Collier, this heartfelt story is one that readers will treasure. NCTE Notable Poetry Books 2018

Nikki Grimes is a New York Times bestselling author. Her previous works include At Jerusalem's Gate, When Daddy Prays (both Eerdmans), and Bronx Masquerade (Dial), which won the Coretta Scott King Award. Most recently, she won the 2017 Laura Ingalls Wilder Award for her lasting contributions to children's literature. Nikki lives in California. Visit her website at www.nikkigrimes.com. Bryan Collier grew up in Maryland and began painting when he was fifteen. His first children's book, Uptown (Henry Holt), earned him the first-ever Ezra Jack Keats New Illustrator Award. He has also received four Caldecott Honors and has won the Coretta Scott King Award six times. He lives in New York with his wife and daughters. Visit his website at www.bryancollier.com.
Loading...
or support indie stores by buying on