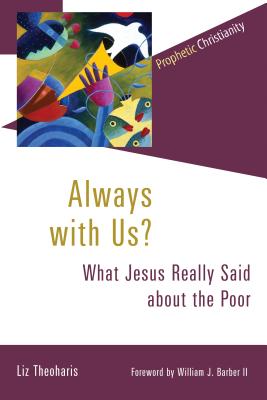 A strong theological call for ending the abomination of systemic poverty Jesus's words "the poor you will always have with you" (Matthew 26:11) are regularly used to suggest that ending poverty is impossible, that poverty is a result of moral failures, and that the poor themselves have no role in changing their situation. In this book Liz Theoharis examines both the biblical text and the lived reality of the poor to show how that passage is taken out of context, distorted, and politicized to justify theories about the inevitability of inequality. Theoharis reinterprets "the poor you will always have with you" to show that it is actually one of the strongest biblical mandates to end poverty. She documents stories of poor people themselves organizing to improve their lot and illuminates the implications for the church. Poverty is not inevitable, Theoharis argues. It is a systemic sin, and all Christians have a responsibility to partner with the poor to end poverty once and for all.

Liz Theoharis is founder and codirector of the Kairos Center for Religions, Rights, and Social Justice and coordinator of the Poverty Initiative at Union Theological Seminary. An ordained minister in the Presbyterian Church (USA), Theoharis has spent the last two decades organizing among the poor in the United States and worldwide.
Loading...
or support indie stores by buying on