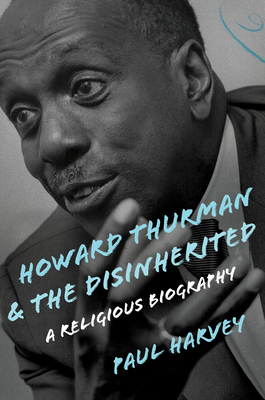 Howard Thurman and the Disinherited

Teacher. Minister. Theologian. Writer. Mystic. Activist. No single label can capture the multiplicity of Howard Thurman's life, but his influence is written all over the most significant aspects of the Civil Rights movement. In 1936, he visited Mahatma Gandhi in India and subsequently brought Gandhi's concept of nonviolent resistance across the globe to the United States. Later, through his book Jesus and the Disinherited, he foresaw a theology of American liberation based on the life of Jesus as a dispossessed Jew under Roman rule.

Paul Harvey's biography of Thurman speaks to the manifold ways this mystic theologian and social activist sought to transform the world to better reflect "that which is God in us," despite growing up in the South during the ugliest years of Jim Crow. After founding one of the first intentionally interracial churches in the country--The Church for the Fellowship of All Peoples in San Francisco--he shifted into a mentorship role with Martin Luther King Jr. and other Civil Rights leaders. He advised them to incorporate more inward seeking and rest into their activism, while also thinking of their struggle for racial equality in a more cosmopolitan, universalist manner.

Few historical figures represent such diverse parts of the American religious tradition as Howard Thurman did. By telling the story of his religious lives, Paul Harvey gives the reader a window into many of the main currents of twentieth-century American religious expression.

Paul Harvey is professor of history and presidential teaching scholar at the University of Colorado, Colorado Springs. He is the author or coauthor of several books on religion and race in US history, including The Color of Christ: The Son of God and the Saga of Race in America, which was named a "Top 25 Outstanding Academic Title" by Choice magazine in 2013.
Loading...
or support indie stores by buying on