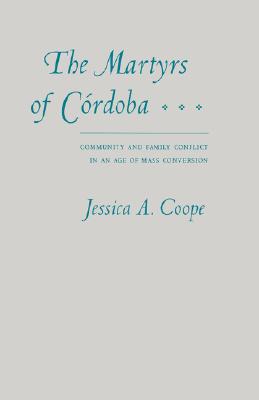 The Martyrs of Córdoba

Community and Family Conflict in an Age of Mass Conversion

Between 850 and 859 (Christian Era), the Muslim government of Córdoba ordered the execution of forty-eight Christians. With few exceptions, these Christians invited execution by committing capital offenses: some appeared before the Muslim authorities to denounce Mohammed; others, Christian children of mixed Islamic-Christian marriages, publicly proclaimed their Christianity. Coope investigates the origins of this “martyrs’ movement” in Córdoba, then flourishing as a center of Islamic culture. She cites the fears of radical Christians that conversions to Islam were on the increase and that still more Christians were being assimilated into Arab Muslim culture. These fears were well-founded, and the executions further divided Cordovan Christians: some believed the executed to be martyrs, others argued that these were not martyrs but fanatics and troublemakers. For their part, the Muslim authorities, disposed to be tolerant, would have preferred sectarian peace; the martyrs were given every opportunity to recant. Using Christian sources (particularly the hagiographies of St. Eulogius) and Arabic accounts to understand the complex tensions in Muslim Spain between and among the Muslim majority and Christian minority, Coope presents a valuable and fresh view of this society at the apogee of al-Andalus, Muslim Spain.

Jessica A. Coope is an assistant professor of history at the University of Nebraska–Lincoln.
Loading...
or support indie stores by buying on