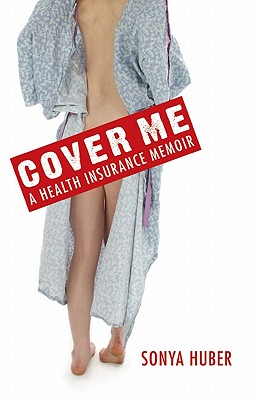 Growing up in middle-class middle America, Sonya Huber viewed health care as did most of her peers: as an inconvenience or not at all. There were braces and cavities, medications and stitches, the family doctor and the local dentist. Finding herself without health insurance after college graduation, she didn’t worry. It was a temporary problem. Thirteen years and twenty-three jobs later, her view of the matter was quite different. Huber’s irreverent and affecting memoir of navigating the nation’s health-care system brings an awful and necessary dose of reality to the political debates and propaganda surrounding health-care reform. “I look like any other upwardly mobile hipster,” Huber says. “I carry a messenger bag, a few master’s degrees, and a toddler raised on organic milk.” What’s not evident, however, is that she is a veteran of Medicaid and WIC, the federal government’s supplemental nutrition program for women, infants, and children. In Cover Me, Huber tells a story that is at once all too familiar and rarely told: of being pushed to the edge by worry; of the adamant belief that better care was out there; of taking one mind-numbing job after another in pursuit of health insurance, only to find herself scrounging through the trash heap of our nation’s health-care system for tips and tricks that might mean the difference between life and death.

Praise For Cover Me: A Health Insurance Memoir (Class in America )…

"Huber's sure-footed prose considers how deeply connected an individual's health is to being both rooted and free, confident or fearful of securing even the most routine treatment. Once covered, she is safe under that blanket of care, and wise enough to understand that covers are easily blown, or blown away."—Lisa Romeo, ForeWord Reviews

"This book illustrates, in a way that mere political rhetoric cannot, how the lack of accessible, affordable medical care negatively affects everyone on a personal, emotional and economic scale."—Joan Hanna, Author Exposure

"Cover Me is the best kind of memoir; it is engaging, enraging, tragic and funny. Fortunately, laughter as medicine is one thing the insurance companies have not yet managed to deny."—T. Tamara Weinstein, Elevate Difference

"In this humorous and affecting memoir, Huber details her experiences navigating the American health care system, and brings a necessary dose of reality to the political debates and propaganda surrounding health care reform."—Women & Children First

"What I found so compelling about Huber's story is her ability to make the personal resonate so much more loudly than the political ideas or theories, while capably insuring that her own story underscores her political stance on health care. I found myself wanting to send copies to every member of the House and Senate."—Sarah Werthan, Brevity Book Reviews

Sonya Huber teaches creative writing in the low-residency MFA program at Ashland University and at Georgia Southern University. She is the author of Opa Nobody (Nebraska 2008) as well as multiple essays that have appeared in publications such as Fourth Genre, The Chronicle of Higher Education, and the Washington Post Magazine.
Loading...
or support indie stores by buying on