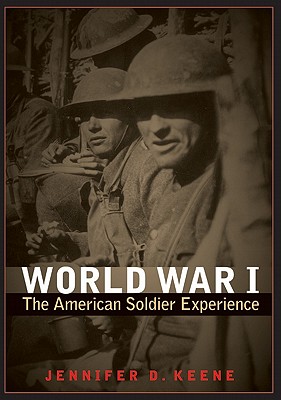 World War I explores the daily lives of the men and women who served the United States in the Great War. Relying extensively on letters, diaries, and reminiscences of those Americans who fought or served in World War I, Jennifer D. Keene reports on the training camp experience at home; the journey overseas; and the unique difficulties African Americans, Native Americans, women, and immigrants encountered in the predominately white and native-born army. She also describes in vivid detail the perspective of naval and air service personnel and, for those on the ground in France, the horrors of static trench warfare and active engagement in combat. Chapters describe coping with and treating disease and wounds; the devastating frequency of death; and for those who came home, the difficult reentry into civilian life, as well as the causes, strategic decisions, and political outcome of the war. This volume includes a timeline, illustrations, and an extensive bibliography of recommended sources.

Praise For World War I: The American Soldier Experience…

“The real value in Keene’s work is her ability to look beyond the trenches of the Western Front, which have long dominated any discussion of the World War, and illuminate the struggles of a people and a nation engaging in their first truly international and modern war. . . . Keene’s study works as an overview, drawing together numerous aspects of the daily experiences of American soldiers into a unified whole. . . . A welcome addition to the library of the casual reader and the serious scholar alike.”—Brian Neumann, Journal of Military History

"Dr. Keene presents a masterfully crafted and detailed primer on American participation in the Great War, focusing on the varied experiences of the men and women who participated. The book is replete with useful facts and figures."—Leonard G. Shurtleff, Camaraderie

"Jennifer D. Keene, author of numerous works on World War I, provides a concise but exceptionally complete treatment of American soldiers in that war, not only in France but in North Russia and Siberia. . . . Keene has exhaustively mined the scholarship of the wartime experience."—G. Alan Knight, Journal of America's Military Past

"Keene has a good grasp of the newest scholarship on the readiness and ability of the U.S. Army and its leaders, writes well, and has a good ear for what might be termed "informative trivia", the little factoid or anecdote that conveys a useful message."—NYMAS Review

Jennifer D. Keene is a professor of history and the chair of the Department of History at Chapman University. She is the author of two other books on American involvement in World War I: Doughboys, the Great War, and the Remaking of America and The United States and the First World War. She also served as an associate editor for the Encyclopedia of War and American Society, which won the Society of Military History’s prize for best military history reference book.
Loading...
or support indie stores by buying on