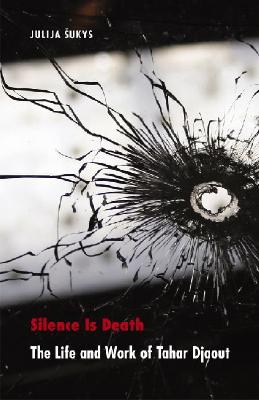 The Life and Work of Tahar Djaout (France Overseas: Studies in Empire and Decolonization)

On May 26, 1993, the Algerian novelist and poet Tahar Djaout was gunned down in an attack attributed to Islamist extremists. An outspoken critic of the extremism roiling his nation, Djaout, in his death, became a powerful symbol for the “murder of Algerian culture,” as scores of journalists, writers, and scholars were targeted in a swelling wave of violence. The author of twelve books of fiction and poetry, Djaout was murdered at a critical point in his career, just as his literary voice was maturing. His death was a great loss not only for Algeria and for Francophone literature but also for world literature. Rage at the news of his slaying was explosive but did nothing to quell the increasing bloodshed. Silence Is Death considers the life and work of Djaout in light of his murder and his role in the conflict that raged between Islamist terrorist cells and Algeria’s military regime in the 1990s. The result is an innovative meditation on death, authorship, and the political role of intellectuals. By collapsing the genres of history, biography, personal memoir, fiction, and cultural analysis, Julija Šukys investigates notions of authorial neutrality as well as the relationship between reader and writer in life and in death. Her work offers a view of reading as an encounter across time and place and opens the possibility of a relationship between different cultures under peaceful terms.

Praise For Silence Is Death: The Life and Work of Tahar Djaout (France Overseas: Studies in Empire and Decolonization)…

“In Silence Is Death: The Life and Work of Tahar Djaout one gets a sense of the man, the artist, and Ms. Šukys herself. With a lyrical nomadism, she combines her study with detours into memoir and even fiction on themes of bones and memory.”—Nina C. Ayoub, The Chronicle of Higher Education

Julija Šukys is an assistant professor of creative writing at the Department of English at the University of Missouri–Columbia. She is the author of Epistolophilia: Writing the Life of Ona Šimaitė (Nebraska, 2012).
Loading...
or support indie stores by buying on