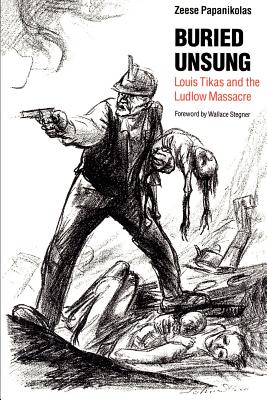 Louis Tikas and the Ludlow Massacre

Louis Tikas was a union organizer killed in the battle between striking coal miners and state militia in Ludlow, Colorado, in 1914. In Buried Unsung he stands for a whole generation of immigrant workers who, in the years before World War I, found themselves caught between the realities of industrial America and their aspirations for a better life.

Praise For Buried Unsung: Louis Tikas and the Ludlow Massacre…

"Papanikolas brings to Buried Unsung a gift for moving prose and an intimate understanding of those Greek cultural values that affected the Ludlow strikers. . . . At every step, the author merges the written record with oral material and his personal experiences to give unbelievable power to the tale."—American Historical Review

"[A] stunning book, one of the most exciting I have read in a decade. . . . The mystery and drama of [Papanikola's] journey to resurrect Tikas and discover his own soul still haunt me weeks after I finished reading the book."—Harry Mark Petrakis, Chicago Tribune

Zeese Papanikolas, who lives in California, is the author, with Frank Bergon, of Looking Far West: The Search for the American West in History, Myth and Literature (1978).
Loading...
or support indie stores by buying on