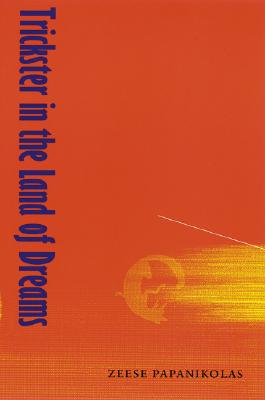 Trickster in the Land of Dreams

Zeese Papanikolas forges seemingly disparate events and movements in western history—including some of its strangest and most exotic strains—into a coherent whole by examining them against the laughter and wisdom of Shoshonean trickster tales. Seen against these tales, the West becomes both a canvas for the projection of utopian dreams and the site of their shattered remains. Papanikolas undertakes a dramatic retelling of Shoshoni creation stories and examines, along with other topics, the mythologies embedded in the “Dream Mine” of Mormon folklore, the heroic images of cowboys and Wobblies, the MX missile, the dark side of Oz, and the Las Vegas of tourists, dam builders, and gamblers. Among those whose visions are played out against the mirage-haunted background of the West are Cabeza de Vaca, Winston Churchill, Big Bill Haywood, and Native American wise man, Antelope Jake. It is a testament to the power of Papanikolas's conception that he can weave the themes and topics of each chapter into a book that is both eloquent and intellectually stimulating.

The author of Buried Unsung: Louis Tikas and the Ludlow Massacre (also a Bison Book), Zeese Papanikolas is on the faculty of the San Francisco Art Institute.
Loading...
or support indie stores by buying on