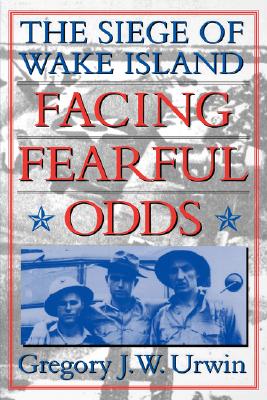 The Siege of Wake Island

Although the siege of Wake Island was not one of World War II's biggest campaigns, it had a profound psychological effect on the course of the nation's struggle. This was the battle that first raised American spirits in the dark weeks following Pearl Harbor. For sixteen suspenseful days, 449 U.S. Marines, assisted by a handful of sailors and soldiers and a few hundred civilian construction workers, withstood repeated attacks by numerically superior Japanese forces. Although Wake finally fell on 23 December 1941, its garrison made the Japanese pay an embarrassingly high price for a tiny coral outpost. Based on interviews with over seventy American and Japanese participants, the riveting, you-are-there narrative pulsates with the crack of rifles, the stutter of machine guns, the roar of cannon, and the concussion of bombs. This is a military history from the bottom up, an unforgettable reading experience told from the perspective of enlisted men and junior officers who served on the front lines.

Gregory J. W. Urwin is a professor of history at Temple University. His many books include Custer Victorious: The Civil War Battles of General George Armstrong Custer, available in a Bison Books edition.
Loading...
or support indie stores by buying on