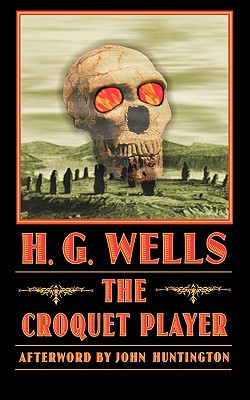 Something is horribly wrong in the remote English village of Cainsmarsh. An elderly woman stiffens in dread at her own shadow; a terrified farmer murders a scarecrow; food prepared by others is eyed with suspicion; family pets are bludgeoned to death; loving couples are devoured by rage and violence. A spirit-corrupting evil pervades the land, infesting the minds of those who call Cainsmarsh home. Is this vision real, or a paranoid fantasy generated by an even darker, worldwide threat? And is the call to resist the danger itself a danger? These are questions that disturb the calm of an indolent croquet player who happens to hear the tale of the unlucky village.
H. G. Wells’s ambiguous story of horror is a modern classic, a prophetic, disturbing glimpse of the primitive distrust and violence that gnaw at the heart of the modern world.

The prodigious literary visions of H. G. Wells (1866–1946) are cornerstones for today’s science fiction and fantasy. His novels include The Sleeper Awakes, In the Days of the Comet, The Last War, and The War in the Air, all available in Bison Books editions. John Huntington is a professor of English at the University of Illinois, Chicago. He is the author of The Logic of Fantasy: H. G. Wells and Science Fiction and the editor of The H. G. Wells Reader: A Complete Anthology from Science Fiction to Social Satire.

Praise For The Croquet Player (Bison Frontiers of Imagination )…

"Without a doubt, the fine, readable edition recently issued from the University of Nebraska’s Bison Frontiers of Imagination series (it has generous margins and a thoughtful, useful afterward by John Huntington of the University of Illinois) is surely the one to purchase and curl up with on a rainy night, as one prepares to encounter yet another fascinating production from the prodigious mind of the found of science fiction."—Jason Gleckman, Science Fiction Studies
— Jason Gleckman
or
Buy Here
Copyright © 2020 American Booksellers Association