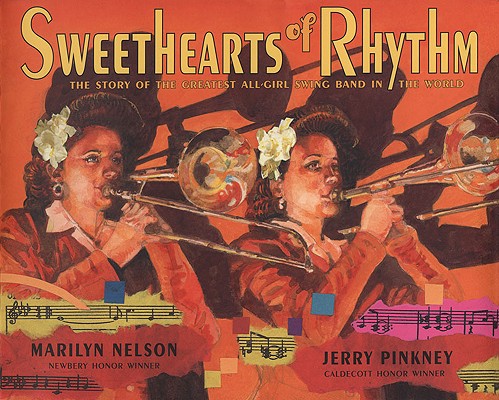 In the 1940s, as the world was at war, a remarkable jazz band performed on the American home front. This all-female band, originating from a boarding school in the heart of Mississippi, found its way to the most famous ballrooms in the country, offering solace during the hard years of the war. They dared to be an interracial group despite the cruelties of Jim Crow laws, and they dared to assert their talents though they were women in a ?man?s? profession. Told in thought-provoking poems and arresting images, this unusual look at our nation?s history is deep and inspiring.

Marilyn Nelson is a three-time National Book Award Finalist, has won a Newbery Honor, a Printz Honor and several Coretta Scott King Honors, and has received several prestigious poetry awards, including the Poets' Prize and the Robert Frost Medal. She has recently been a judge of poetry applicants at the National Endowment for the Arts and Yaddo, and has received three honorary doctorates.
Loading...
or
Not Currently Available for Direct Purchase