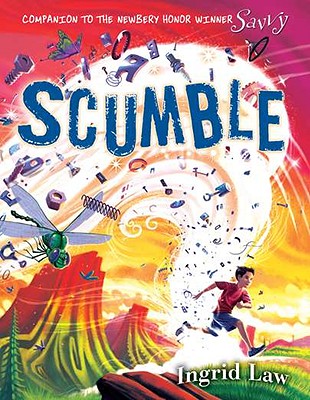 But Ledger Kale's savvy is a total dud-all he does is make little things fall apart. So his parents decide it's safe to head to Wyoming, where it's soon revealed that Ledge's savvy is much more powerful than anyone thought. Worse, his savvy disaster has an outside witness: Sarah Jane Cabot, reporter wannabe and daughter of the local banker. Just like that, Ledge's beloved normal life is over. Now he has to keep Sarah from turning family secrets into headlines, stop her father from foreclosing on Uncle Autry's ranch, and scumble his savvy into control so that, someday, he can go home.

Ingrid Law is a huge fan of words and stories, of small towns and big ideas. She lives with her daughter in Lafayette, Colorado.
Loading...
or support indie stores by buying on