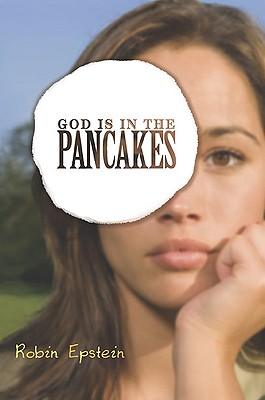 God Is in the Pancakes

Fifteen-year-old Grace Manning is a candy striper in a nursing home, and Mr. Sands is the one patient who makes the job bearable. He keeps up with her sarcasm, teaches her to play poker . . . and one day cheerfully asks her to help him die. At first Grace says no way, but as Mr. Sands?s disease progresses, she?s not so sure. Grace tries to avoid the wrenching decision by praying for a miracle, stuffing herself with pancakes, and running away from all feelings, including the new ones she has for her best friend Eric. But Mr. Sands is getting worse, and she can?t avoid him forever.

Robin Epstein has delivered an incredibly engaging, thought-provoking debut YA novel, with all the snappy dialogue and attitude of the movie Juno.

Robin Epstein is an author, stand-up comic and former sitcom writer. A contributor to NPR s "This American Life," her writing has appeared in "The New York Times, Marie Claire, Real Simple" and "Glamour," among others."
Loading...
or
Not Currently Available for Direct Purchase