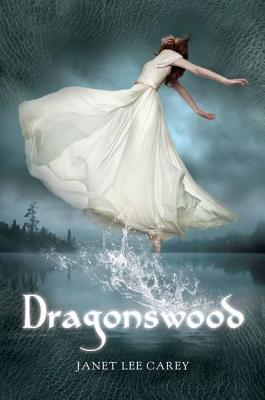 "On Wilde Island, there is no peace between dragons, fairies, and humans."

Wilde Island is in an uproar over the recent death of its king. As the uneasy pact between dragons, fairies, and humans begins to fray, the royal witch hunter with a hidden agenda begins a vengeful quest to burn girls suspected of witchcraft before a new king is crowned..

Strong-willed Tess, a blacksmith's daughter from a tiny hamlet, wants more for herself than a husband and a house to keep. But in times like these wanting more can be dangerous. Accused of witchery, Tess and her two friends are forced to flee the violent witch hunter. As their pursuer draws ever closer they find shelter with a huntsman in the outskirts of the forbidden Dragonswood sanctuary. But staying with the mysterious huntsman poses risks of its own: Tess does not know how to handle the attraction she feels for him or resist the elusive call that draws her deeper onto the heart of Dragonswood.

"Painful, cathartic and cautiously hopeful; a fairy tale for those who have given up on believing in them, but still yearn for happily ever after."
-Kirkus Reviews (starred review)

"A perfectly crafted combination of history, mythology, and fantasy...The political intrigue, mythology of Merlin, and romances that bloom are all uncovered with precise timing and will have readers racing toward the end and then going back to savor the events more slowly."
-School Library Journal (starred review)

Janet Lee Carey was born in New York and grew up in California. She is the award-winning author of several young adult novels, most notably her epic fantasy novels set on Wilde Island--"Dragon's Keep," "Dragonswood," and the upcoming "In the Time of Dragon Moon." Janet lives near Seattle with her family where she writes and teaches writing workshops.
Loading...
or
Not Currently Available for Direct Purchase