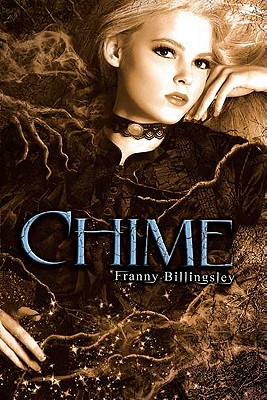 Before Briony's stepmother died, she made sure Briony blamed herself for all the family's hardships. Now Briony has worn her guilt for so long it's become a second skin. She often escapes to the swamp, where she tells stories to the Old Ones, the spirits who haunt the marshes. But only witches can see the Old Ones, and in her village, witches are sentenced to death. Briony lives in fear her secret will be found out, even as she believes she deserves the worst kind of punishment.
Then Eldric comes along with his golden lion eyes and mane of tawny hair. He's as natural as the sun, and treats her as if she's extraordinary. And everything starts to change. As many secrets as Briony has been holding, there are secrets even she doesn't know.

Franny Billingsley is the award-winning author of four books, including "The Folk Keeper"--winner of the "Boston Globe-Horn Book" Award for fiction--and "Chime," which received six starred reviews and was a National Book Award finalist. A graduate of Tufts University and the Boston University School of Law, Franny left the practice of law to write full-time and hasn't yet looked back.
Loading...
or
Not Currently Available for Direct Purchase