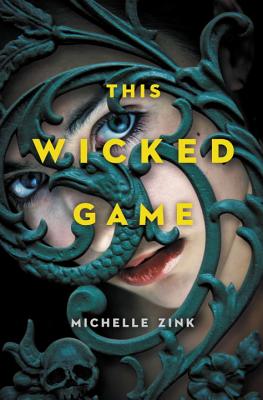 For fans of Maggie Stiefvater and Holly Black comes a dark mystery set in a secret New Orleans voodoo society.
Claire Kincaid would love to be normal. But as a descendant of Marie Laveau, the most powerful voodoo queen in history, that's just not possible. Even worse, Claire's lack of interest in the craft makes her an outsider in her community, putting her secret romance with the voodoo Guild leader's son at odds. But when mysterious strangers start requesting black market items from local voodoo shops, including the one her family owns, Claire decides to investigate. With the help of some unlikely allies and her gorgeous boyfriend, Claire must uncover the dark truths her family has kept hidden from her and unravel a dangerous plot that threatens to destroy every member of the Guild, including her family and the boy she loves.

Praise For This Wicked Game…

* "Zink skillfully merges the mystique of old-world New Orleans with Claire’s present-day city—where a secretive network of families keeps the art of voodoo alive. This legendary setting provides a heavy tension and romance that is amplified by the secretive relationship between Claire and Alexandre Toussaint, another Guild firstborn." - VOYA, starred review

"Teens looking for mystery with a hint of the paranormal will enjoy this fast-paced story." - School Library Journal

"Students will be caught up in the mystery that surrounds the teens and will learn about the practice of voodoo. Characters are believable; overall this is an excellent choice for those who like the supernatural." - Library Media Connection

Praise for A Temptation of Angels:

"Plot and characters are well developed and teens are sure to enjoy the action and romance, as well as the supernatural elements of the story." – VOYA

Praise for Prophecy of the Sisters:

"Zink does not shy away from grounding her fantasy in the sisters' characters. This arresting story takes readers to other planes of existence." – Booklist (starred review)

"This is a brooding, haunting tale of an ancient struggle between living and dead, with two sisters at its heart. It's Gothic, Edwardian, and absolutely un-put-down-able!" – Tamora Pierce, author of the New York Times bestselling Beka Cooper series

Prophecy of the Sisters was chosen as one of Booklist’s Top Ten Debut Novels of 2009 and as one of the Chicago Public Library’s Best Books for Young Readers. It was a 2010 Texas Lone Star Reading List selection and a New York Public Library "Stuff for the Teen Age" pick. The Audio Edition received NAPPA Gold Honors.

Michelle Zink is a mother of four living in Pine Bush, New York. Before turning to YA books, she was an executive at a marketing firm and then an antiques dealer. She is the author of the Prophecy of the Sisters trilogy and "A Temptation of Angels."
Loading...
or
Not Currently Available for Direct Purchase