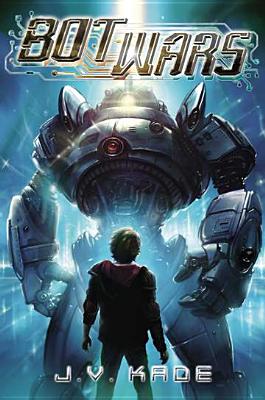 Twelve-year-old Trout St. Kroix has been searching for his missing father for the last two years, after his dad disappeared while fighting in the Bot Wars. The Bot Wars began after robots became so advanced that they revolted and demanded more workers' rights, causing the government to declare all robots terrorists and ban them from the Districts. Trout never questioned anything the government told him--even when his own nanny bot was banished--until a vid he posts about his missing dad goes viral and new information pops up. At first Trout is wrenched his dad might be alive, but when his brother disappears, Trout learns nothing is what it seems . . . not even his own father.
Percy Jackson meets Transformers in this heart-stopping, futuristic adventure that will make you questioneverything you know--andlook at robots in a whole new light.

J. V. Kade lives in Michigan with her husband and two children. She is the author of bothBot WarsandThe Meta-Rise. Visit her online at www.jvkade.com."
Loading...
or
Not Currently Available for Direct Purchase