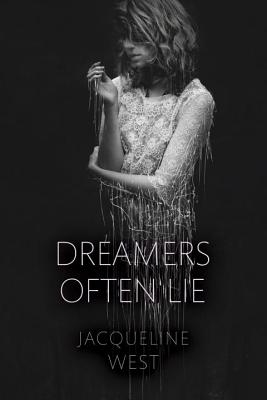 "If you liked the trippy hallucinations of Black Swan, you'll be mesmerized by Jacqueline West's eerie new YA romance."—Entertainment Weekly

Who can you trust when you can't trust yourself?

Jaye wakes up from a skiiing accident with a fractured skull, a blinding headache, and her grip on reality sliding into delusion. Determined to get back to her starring role in the school production of A Midsummer Night's Dream, Jaye lies to her sister, her mom, her doctors. She's fine, she says. She's fine. If anyone knew the truth—that hallucinations of Shakespeare and his characters have followed her from her hospital bed to the high school halls—it would all be over. She's almost managing to pull off the act when Romeo shows up in her anatomy class. And it turns out that he's 100 percent real. Suddenly Jaye has to choose between lying to everyone else and lying to herself.

Troubled by this magnetic boy, a long-lost friend turned recent love interest, and the darkest parts of her family's past, Jaye's life tangles with Shakespeare's most famous plays until she can't tell where the truth ends and pretending begins. Soon, secret meetings and dizzying first kisses give way to more dangerous things. How much is real, how much is in Jaye's head, and how much does it matter as she flies toward a fate over which she seems to have no control?

"If you liked the trippy hallucinations of Black Swan, you'll be mesmerized by Jacqueline West's eerie new YA romance."—Entertainment Weekly

"Engrossing . . . A dizzying new twist on one of the Bard's most famous plays."—Kirkus Reviews

“Utterly beguiling . . . Jaye is a fiercely headstrong force and West’s writing is lyrical, lilting, [and] spectral.”—Booklist

“Both moving and humorous . . . West’s use of quotes from Shakespeare’s various plays is restrained but perfectly timed . . . [Shakespeare’s characters] shine as they come to life in the twenty-first century.”—BCCB

“West’s middle-grade ‘The Books of Elsewhere’ series made the New York Times bestseller list because of its unusual psychological depth as well as its effective plot. ‘Dreamers Often Lie’ also uses unusual sources of depth, conveyed in rich language. . . . The moral ambiguity and deep questions of [Shakespeare’s] tragedies are woven into the story, as Jaye [tries] to hold onto her own life while well-meaning people try to take it from her. . . . Resonant.”—Minneapolis Star Tribune

A two-time Pushcart nominee for poetry, Jacqueline West is the author of the kid- and critic-beloved middle-grade series, The Books of Elsewhere. Jacqueline lives amid the bluffs of Red Wing, Minnesota, with her husband, son, and their dog, Brom Bones. This is her sixth novel, her first for teens.
Loading...
or
Not Currently Available for Direct Purchase