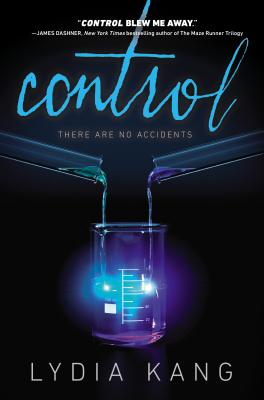 For fans of Uglies comes a spiraling, intense sci fi thriller. "Control blew me away. The twists and turns and suspense made for a thrilling ride. Zel is as authentic a character as I've read in a very long time. Highly recommended" - James Dashner, New York Times bestselling author of The Maze Runner Set in 2150 -- in a world of automatic cars, nightclubs with auditory ecstasy drugs, and guys with four arms -- this is about the human genetic "mistakes" that society wants to forget, and the way that outcasts can turn out to be heroes. When their overprotective father is killed in a terrible accident, Zel and her younger sister, Dylia, are lost in grief. But it's not until strangers appear, using bizarre sensory weapons, that the life they had is truly eviscerated. Zel ends up in a safe house for teens that aren't like any she's ever seen -- teens who, by law, shouldn't even exist. One of them -- an angry tattooed boy haunted by tragedy -- can help Zel reunite with her sister. But only if she is willing to lose him.

"Control, with its mix of legitimate science and inventive fantasy, is unforgettable for all the right reasons."
-VOYA

"Imaginative cultural details (an ecstasy-like drug carried by sound) and impressive specificity regarding genetics. The use of mutants alone is fairly unique, making this a smart go-to for fans of Megan Shepherd's The Madman's Daughter."
-Booklist

"Control successfully integrates science, adventure, and romance into one unforgettable read. [It] will keep you wanting more until the jaw-dropping ending."
-RT Book Reviews, Top Pick

"Control blew me away, from the depth and richness of this fascinating, disturbing vision of the future -- and all its technologies -- to the twists and turns and suspense that made for a thrilling ride. Zel is as authentic a character as I've read in a very long time. Highly recommended."
-James Dashner, New York Times bestselling author of THE MAZE RUNNER

Lydia Kang is a doctor who decided writing was maybe just as much fun as medicine, so, now she does both. She is the author of Control and Catalsyt. She lives with her husband and three children in Omaha, Nebraska.
Loading...
or
Not Currently Available for Direct Purchase