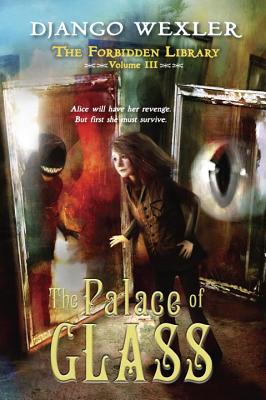 The Palace of Glass

Praise For The Palace of Glass: The Forbidden Library: Volume 3…

"Readers will appreciate following an astute heroine whose ultimate ambition . . . [is] to remake the entire cruel and corrupt world around her. A busy continuing saga filled with fantastical drama and feisty finagling."—Kirkus

"This third in the Forbidden Library series centers on serious lessons about power and corruption but doesn't skimp on fast and furious battles or small moments of humor. Alice remains a spirited, kind heroine with a noble goal and interesting, loyal characters to support her. More adventures are to come in this enjoyable fantasy series."—Booklist Online

Django Wexler is the author of the Forbidden Library series, as well as the adult fantasy series the Shadow Campaigns. He lives near Seattle, Washington.
Loading...
or
Not Currently Available for Direct Purchase