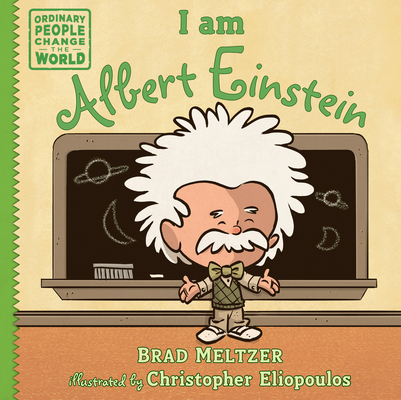 I am Albert Einstein (Ordinary People Change the World)

One of the greatest scientists the world has ever known Albert Einstein is the 4th hero in the New York Times bestselling picture book biography series for ages 5 to 8.

Even when he was a kid, Albert Einstein did things his own way. He thought in pictures instead of words, and his special way of thinking helped him understand big ideas like the structure of music and why a compass always points north. Those ideas made him want to keep figuring out the secrets of the universe. Other people thought he was just a dreamer, but because of his curiosity, Einstein grew up to change the world with his discoveries and theories.