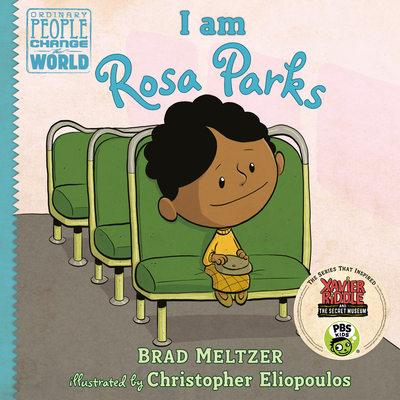 I am Rosa Parks (Ordinary People Change the World)

Civil Rights leader Rosa Parks is the 3rd hero in in the New York Times bestselling picture book biography series for ages 5 to 8.

Rosa Parks dared to stand up for herself and other African Americans by staying seated and organizing the Montgomery Bus Boycott. As a result, she helped end public bus segregation and launch the country’s Civil Rights Movement.