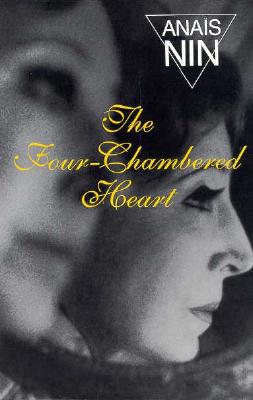 The Four-Chambered Heart, Anaïs Nin's 1950 novel, recounts the real-life affair she conducted with café guitarist Gonzalo Moré in 1936. Nin and Moré rented a house-boat on the Seine, and under the pervading influence of the boat's watchman and Moré's wife Helba, developed a relationship. Moré named the boat Nanankepichu, meaning "not really a home."

In the novel, which Nin drew from her experiences on the boat, the characters are clearly based. Djuna is an embodiment of Nin herself. A young dancer in search of fulfillment, she encapsulates all that the author was striving for at that time. The character of Djuna features in other novels, perhaps weaving a directly autobiographical thread into Nin's fiction. The gypsy musician, Rango, is therefore Moré, and his invalid wife is Zora. The old watchman is present as a force which, along with Zora, works against the lovers in their quest for happiness.

Nin's main concern is the "outside," and how it affects the "interior." Water is a cleverly used theme. “I have no great fear of depths,” says Djuna, “and a great fear of shallow living.” Rango and Djuna's relationship is, in effect, their effort to remain afloat. Often, Nin employs a stream of consciousness, especially in her flowing analyses of love, life and music, which continues the water image.

Anaïs Nin's writing is typically exquisite in its detail and texture. She describes Paris: its "black lacquered cobblestones" and "silver filigree trees." The "humid scarfs of fog" on the river, and "the sharp incense of roasted chestnuts" reveal their source through their reality: Nin's personal experience.

Anaïs Nin (1903–1977) was one of the most unique literary figures of this century. As a novelist she was distinctly catalytic, and her life-long diary resembles no other in the history of letters. Her books have been translated in a dozen languages.

Praise For The Four-Chambered Heart: V3 in Nin's Continuous Novel…

"The Four-Chambered Heart stands as a fine example of how Anaïs Nin used the incidents of her life to craft her novels. It is her clarity of tone and flair for magic and romance that give this work its unique potency. Essentially, it is fiction made rich by the inspiration of real life."