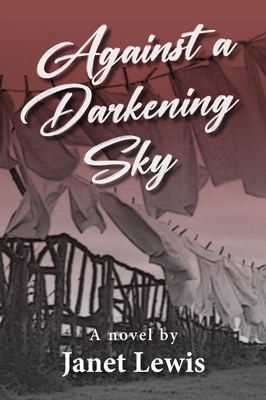 Against a Darkening Sky

Against a Darkening Sky was original published in 1943. Set in a semi-rural community south of San Francisco, it is the story of an American mother of the mid-1930s and the sustaining influence she brings, through her own profound strength and faith, to the lives of her four growing children. Scottish by birth, but long a resident of America, Mary Perrault is married to a Swiss-French gardener. Their life in South Encina, though anything but lavish, is gay, serene, and friendly. As their children mature and the world outside, less peaceful and secure than the Perrault home, begins to threaten the equilibrium of their tranquil lives, Mrs. Perrault becomes increasingly aware of a moral wilderness rising from the physical wilderness which her generation has barely conquered.

Her struggle to influence, while not invading the lives of her children is the focus of this novel of family life during the depression years.


Praise For Against a Darkening Sky…

“Against a Darkening Sky has the quality of a moving tone poem, with the conflict expressed through the exploration of a woman’s heart and mind. The writing has the same high quality of serenity as the splendid woman it portrays.” — The New York Times

Janet Lewis was a novelist, poet, and short-story writer whose literary career spanned almost the entire twentieth century. The New York Times has praised her novels as “some of the 20th century’s most vividly imagined and finely wrought literature.” Born and educated in Chicago, she lived in California for most of her adult life and taught at both Stanford University and the University of California at Berkeley. Her works include The Wife of Martin Guerre (1941), The Trial of Sören Qvist (1947), The Ghost of Monsieur Scarron (1959), Good-Bye, Son and Other Stories (1946), and Poems Old and New (1982).
Loading...
or support indie stores by buying on