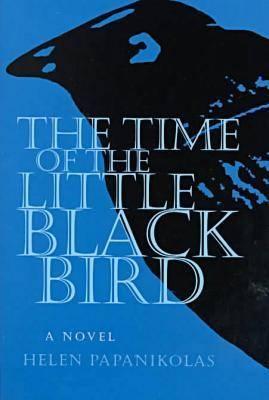 The Time of the Little Black Bird

In 1906 a young, semiliterate Greek arrived in America with a fewdollars in his pocket and his people’s legacy of proverbs, superstitions, and cultural traits to guide him through the dangers and opportunities of a new world. The Time of the Little Black Bird begins with the story of this young man and his plan to build a future for his family as it makes its way in America.

Told in a clear-eyed yet compassionate voice, The Time of the Little Black Bird is a novel of generations, loyalty, betrayal, tradition, and greed. Centering on a family business that grows from a few shabby storefronts and a run-down hotel at the side of the Salt Lake City railroad yards, the story finds the Kallos family weathering the Depression and the war years to become rich. Beset by awkward attempts to assimilate and by the testing of family values, the family solidarity unravels and is discovered as a smokescreen for a business treachery that had been developing for three generations.

Unlike Greek stories of old, the drama is rendered on a human scale and is unswerving in its honest depiction. But like those old Greek tales, there is a timelessness and a universality drawn from the particulars of those portrayed.


Praise For The Time of the Little Black Bird…

"The Time of the Little Black Bird's breadth and depth, its over-arching compassion, is nurtured by a mature and understated wisdom. Papanikolas' fine skills as a writer seldom give way to shortcuts, never to triteness or sentimentality. The novel nurtures its own light, its own forward movement, its own life. Nothing is imposed. Utah is lucky to have Papanikolas, and should be grateful for the rich and significant history her work represents."—Utah Book Awards

Helen Papanikolas was the author of several books of fiction and non-fiction, most recently the novel The Time of the Little Black Bird, winner of the Utah Book Award for Fiction.