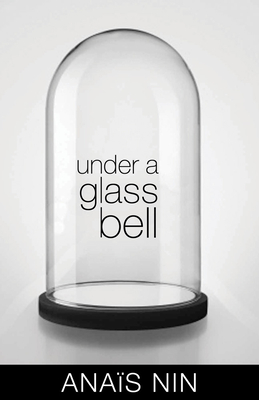 Under a Glass Bell

Although Under a Glass Bell is now considered one of Anaïs Nin’s finest collections of stories, it was initially deemed unpublishable. Refusing to give up on her vision, in 1944 Nin founded her own press and brought out the first edition, illustrated with striking black-and-white engravings by her husband, Hugh Guiler. Shortly thereafter, it caught the attention of literary critic Edmund Wilson, who reviewed the collection in the New Yorker. The first printing sold out in three weeks.

This new Swallow Press edition includes an introduction by noted modernist scholar Elizabeth Podnieks, as well as editor Gunther Stuhlmann’s erudite but controversial foreword to the 1995 edition. Together, they place the collection in its historical context and sort out the individuals and events recorded in the diary that served as its inspiration. The new Swallow Press edition also restores the thirteen stories to the order Nin specified for the first commercial edition in 1948.


Praise For Under a Glass Bell…

“The pieces in this collection belong to a peculiar genre sometimes cultivated by the late Virginia Woolf. They are half short stories, half dreams, and they mix a sometimes exquisite poetry with a homely realistic observation. They take place in a special world, a world of feminine perception and fancy…. Miss Nin is a very good artist, as perhaps none of the literary Surrealists is.”—Edmund Wilson, The New Yorker

Anaïs Nin (1903–1977) is an iconic literary figure and one of the most notable experimental writers of the twentieth century. As one of the first women to explore female erotica, Nin revealed the inner desires of her charact