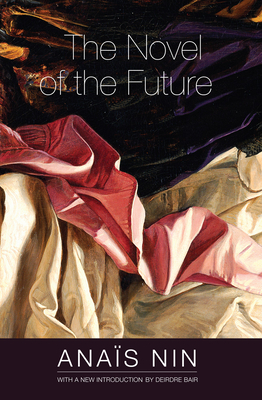 The Novel of the Future

In The Novel of the Future, Anaïs Nin explores the act of creation—in film, art, and dance as well as literature—to chart a new direction for the young artist struggling against what she perceived as the sterility, formlessness, and spiritual bankruptcy afflicting much of mid-twentieth-century fiction. Nin offers, instead, an argument for and synthesis of the poetic novel and discusses her own efforts in this genre as well as its influence on the development of such writers as D. H. Lawrence, Henry Miller, Lawrence Durrell, Marguerite Young, and Djuna Barnes. In chapters devoted to the pursuit of the hidden self, the genesis of fiction, and the relationship between the diary and fiction, she addresses the materials, techniques, and nourishment of the arts, and the functions of art itself.

Originally published in 1968, The Novel of the Future remains a classic among both creative writers and literary scholars. This new Swallow Press edition includes an introduction by Nin biographer Deirdre Bair.


Praise For The Novel of the Future…

“Modern fiction has seldom been so incisively and sensitively analyzed.”—Library Journal

“Miss Nin writes  not only for the writer and the artist but for everyone.”—Los Angeles Times