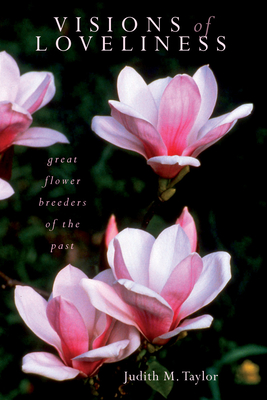 Great Flower Breeders of the Past

Gardeners of today take for granted the many varieties of geraniums, narcissi, marigolds, roses, and other beloved flowers for their gardens. Few give any thought at all to how this incredible abundance came to be or to the people who spent a good part of their lives creating it. These breeders once had prosperous businesses and were important figures in their communities but are only memories now. They also could be cranky and quirky.

In the eighteenth and nineteenth centuries, new and exotic species were arriving in Europe and the United States from all over the world, and these plants often captured the imaginations of the unlikeliest of men, from aristocratic collectors to gruff gardeners who hardly thought of themselves as artists. But whatever their backgrounds, they all shared a quality of mind that led them to ask “What if?” and to use their imagination and skills to answer that question themselves. The newest rose from China was small and light pink, but what if it were larger and came in more colors? Lilac was very nice in its way, but what if its blossoms were double and frilly?

While there are many books about plant collectors and explorers, there are none about plant breeders. Drawing from libraries, archives, and the recollections of family members, horticultural historian Judith M. Taylor traces the lives of prominent cultivators in the context of the scientific discoveries and changing tastes of their times. Visions of Loveliness is international in scope, profiling plant breeders from many countries—for example, China and the former East Germany—whose work may be unknown to the Anglophone reader.

In addition to chronicling the lives of breeders, the author also includes chapters on the history behind the plants by genus, from shrubs and flowering trees to herbaceous plants.


Praise For Visions of Loveliness: Great Flower Breeders of the Past…

“Taylor, a ‘snapper-up of unconsidered trifles,’ discusses plantsmen and women as if they were fascinating neighbors (her vignettes of the Hemus sisters and their sweet pea cultivars are delicious), and although her anecdotes are blessedly breezy, her encyclopedia is exhaustive.”—Publishers Weekly

“After reading Taylor, I will embark with new eyes on the glorious weeks which are now beginning, the season of lilacs and rhododendrons, lupins, delphiniums, roses and sweet peas. Many of the best have been bred for us, but their breeders were never saddled with a loathsome student loan. They learned by observation and were impelled by what Taylor calls a ‘vision of loveliness.’” —Robin Lane Fox, The Financial Times

“Many gardeners enjoy the floral products of plant breeding, such as Narcissus ‘King Alfred’ or the old-fashioned Dorothy Perkins rose, without giving a thought to their origins. In Visions of Loveliness, Judith M. Taylor brings to life the ‘creators’ of these ornamental plants and many others in a way that will give you new appreciation forflowers of all kinds.”—Denise Wiles Adams, The American Gardener

“…For a gardener who likes a little history with their blooms, it’s fascinating.”—The Plain Dealer

“…For a gardener who likes a little history with their blooms, it’s fascinating.”
—The Plain Dealer

Judith M. Taylor is the author of The Olive in California: History of an Immigrant Tree; Tangible Memories: Californians and Their Gardens, 1800 to 1950; The Global Migrations of Ornamental Plants: How the World Got into Your Garden, and Visions of Loveliness: Great Flower Breeders of the Past. She lives in San Francisco.