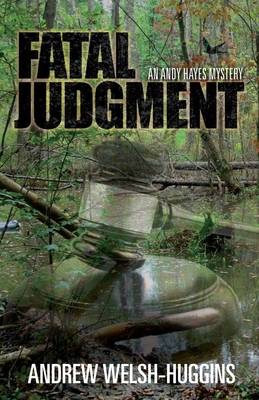 Judge Laura Porter fiercely guarded her privacy, and never more so than during her long-running—and long in the past—affair with disgraced quarterback-turned-private investigator Andy Hayes. Now she’s missing, disappeared just hours after she calls Andy out of the blue explaining she’s in trouble and needs his help.

A trail of clues leads Andy to a central Ohio swamp whose future lies in the judge’s hands as she weighs a lawsuit pitting environmentalists against developers. Soon Hayes encounters the case of another missing person, a young man who vanished without a trace in a different swamp two counties away. As he looks for links between the two disappearances, Hayes is led from Columbus to Cleveland, unearthing a history of secrets and betrayals threatening not just the judge but her family as well.

Along the way, Hayes is forced to confront a newly strained relationship with his older son, now a budding football star himself, and revisit his tumultuous days as a Cleveland Browns quarterback and the gridiron failures that haunt him to this day. In partnership with a cop on her own quest for justice, Hayes rushes to find the judge, and the truth, before it’s too late.

“Readers who love old-fashioned detective novels will be in hog heaven as they tear into Welsh-Huggins' latest adventure featuring Andy Hayes.”—Booklist

“Intriguing … fans of Robert B. Parker’s Jesse Stone books will be pleased.”—Publishers Weekly

Andrew Welsh-Huggins is a reporter for the Associated Press in Columbus, Ohio, and the Nero Award–finalist author of seven mysteries from Swallow Press featuring Andy Hayes, a former Ohio State and Cleveland Browns quarterback turned private eye. Welsh-Huggins is also the editor of Columbus Noir (Akashic Books) and his short fiction has appeared in publications including Ellery Queen Mystery Magazine, Mystery Weekly, and Mystery Tribune. His nonfiction book No Winners Here Tonight (Ohio University Press) is the definitive history of the death penalty in Ohio.