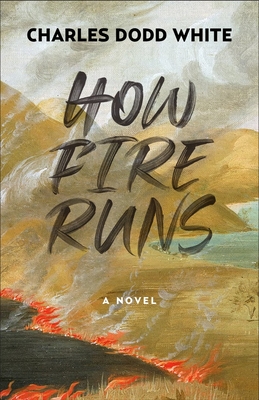 A chilling, timely reminder of the moral and human costs of racial hatred.

What happens when a delusional white supremacist and his army of followers decide to create a racially pure “Little Europe” within a rural Tennessee community? As the town’s residents grapple with their new reality, minor skirmishes escalate and dirty politics, scandals, and a cataclysmic chain of violence follows. In this uncanny reflection of our time, award-winning novelist Charles Dodd White asks whether Americans can save themselves from their worst impulses and considers the consequences when this salvation comes too late.


Praise For How Fire Runs: A Novel…

“White imbues his prose with deep compassion and finely honed storytelling. These skills were already on display in White’s 2018 novel, In the House of Wilderness, but here they accelerate, fueled by powerful confrontation with the violent racism and environmental hazards that endanger our current national atmosphere. White holds nothing back, and these scenes spark and blaze.”—Emily Choate, Chapter 16

“White separates the principled from the opportunistic, the heroic from the cowardly, in a series of harrowing scenes accelerating at such a pace that the final chapters of the novel seem to disappear. Not merely action for its own sake, White again demonstrates the sure hand that illustrates consequences of many characters’ choices and sore trials of their resilience.”—Thomas Alan Holmes, Appalachian Journal

“How Fire Runs faces down one of the most worrisome contemporary social developments, a phenomenon that, after the Charlottesville Unite the Right rally, is demonstrably problematic in Appalachia: the resurgence, expansion, and organization of white supremacist and fascist groups…. The novel warns that it is … the transformation of fear and suffering into hate for the perceived other that kindles flames and allows fires to run.”—Appalachian Review

“How Fire Runs in saner times might read as a cautionary tale against the lure of authoritarianism and racist agitators. As it stands, however, the novel instead reads like reportage from the front lines of an increasingly polarized and frightening political and social landscape… White delves headfirst into the difficult questions of how a community must respond to a threat anathema to what they believe.”—Jim Coby, North Carolina Literary Review

“A spellbinding tale….Well-drawn characters are matched by evocative prose. Socially conscious readers will want to check this out.”—Publishers Weekly

Charles Dodd White is the author of four novels, including two from Swallow Press: How Fire Runs and In the House of Wilderness. He has received the Appalachian Book of the Year Award and the Chaffin Award for his fiction. He lives in Knoxville, Tennessee, where he is an associate professor of English at Pellissippi State Community College.