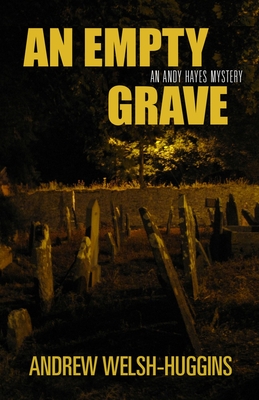 In 1979, a high-profile burglar shot a cop, was apprehended, and then disappeared without ever being prosecuted. Forty years later, after the wounded cop’s suicide, his son, Preston Campbell, is convinced there’s been a cover-up that allowed his father’s attacker to go free. At first, Hayes dismisses Campbell’s outlandish conspiracy theories. But when a mysterious Cold War connection to the burglar emerges, the investigation heats up, and Hayes discovers a series of deaths that seem to be connected, one way or another, to the missing criminal. Nothing seems to add up, though, and Hayes finds himself hurtling headlong down a decades-old path of deadly secrets.

In the midst of cracking the cold case, Hayes has another mystery to solve closer to home: What’s been troubling his younger son, Joe, and why is his ex-wife so eager to have the boy out of her house? Further complicating matters, Hayes learns that another private eye, the captivating but inscrutable Hillary Quinne, is also on the trail of the vanished burglar and needs Hayes’s help. As their professional and personal lives blur, Hayes wonders what he’s gotten himself into, and whether he really wants out.

“Columbus PI Andy Hayes never disappoints, and An Empty Grave is no exception. This latest installment of the Andy Hayes Series hooks readers from page 1 with all the ingredients for suspense. With a keen eye for fascinating crime and clever prose, Andrew Welsh-Huggins is a writer that will leave detective fiction fans in hard-boiled heaven.”—Meredith Doench, author of the Luce Hansen Thriller series

“An Empty Grave is an excellent mystery featuring a recognizably human investigator. Readers will identify with Andy and admire his strengths and the dedication he brings to his clients.”—Marilyn Brooks, Marilyn's Mystery Reads

“A first-rate storyteller, Welsh-Huggins … masters depth of characterization as he further explores the personal life of twice-divorced Andy as he copes with a complex love life, the teenage angst of his two sons and his checkered past. Often violent, always stirring and profoundly affecting, An Empty Grave displays Welsh-Huggins at his creative and deft best as a talented practitioner of crime fiction at once dark and humane.”—Jay Strafford, Fredericksburg Free Lance-Star

“Welsh-Huggins has created a truly hard-boiled, streetwise detective that, in spite of a tarnished history, some severe character flaws, and an acidic tongue, has survived and thrived in this series. And likeably so.”—Robin Yocum, author of A Brilliant Death

Andrew Welsh-Huggins is a reporter for the Associated Press in Columbus, Ohio, and the Nero Award–finalist author of seven mysteries from Swallow Press featuring Andy Hayes, a former Ohio State and Cleveland Browns quarterback turned private eye. Welsh-Huggins is also the editor of Columbus Noir (Akashic Books) and his short fiction has appeared in publications including Ellery Queen Mystery Magazine, Mystery Weekly, and Mystery Tribune. His nonfiction book No Winners Here Tonight (Ohio University Press) is the definitive history of the death penalty in Ohio.