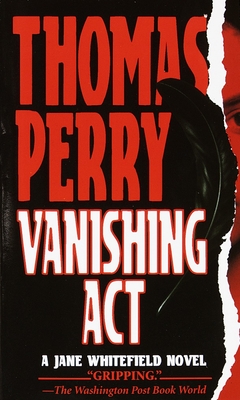 “A challenging and satisfying thriller . . . [with] many surprising twists.”—The New York Times

Jane Whitefield is a Native American guide who leads people out of the wilderness—not the tree-filled variety but the kind created by enemies who want you dead. She is in the one-woman business of helping the desperate disappear. Thanks to her membership in the Wolf Clan of the Seneca tribe, she can fool any pursuer, cover any trail, and then provide her clients with new identities, complete with authentic paperwork. Jane knows all the tricks, ancient and modern; in fact, she has invented several of them herself.

So she is only mildly surprised to find an intruder waiting for her when she returns home one day. An ex-cop suspected of embezzling, John Felker wants Jane to do for him what she did for his buddy Harry Kemple: make him vanish. But as Jane opens a door out of the world for Felker, she walks into a trap that will take all her heritage and cunning to escape. . . .

“Thomas Perry keeps pulling fresh ideas and original characters out of thin air. The strong-willed heroine he introduces in Vanishing Act rates as one of his most singular creations.”—The New York Times Book Review

“One thriller that must be read. . . . Perry has created his most complex and compelling protagonist.”—San Francisco Examiner

Thomas Perry won an Edgar Award for The Butcher’s Boy, and Metzger’s Dog was one of the New York Times's Notable Books of the Year. His other books include The Face-Changers, Shadow Woman, Dance for the Dead, and Vanishing Act. He lives in Southern California with his wife and two daughters.
or support indie stores by buying on
(This book is on backorder)