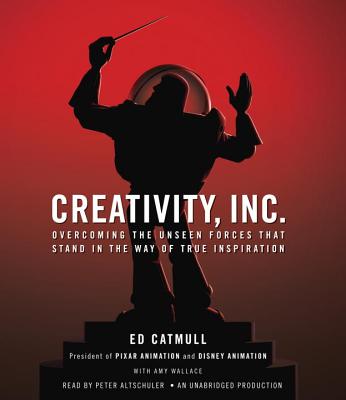 Ed Catmull is co-founder of Pixar Animation Studios and president of Pixar Animation and Disney Animation. He has been honored with five Academy Awards, including the Gordon E. Sawyer Award for lifetime achievement in the field of computer graphics. He received his Ph.D. in computer science from the University of Utah. He lives in San Francisco with his wife and children.

“This is the best book ever written on what it takes to build a creative organization. It is the best because Catmull’s wisdom, modesty, and self-awareness fill every page. He shows how Pixar’s greatness results from connecting the specific little things they do (mostly things that anyone can do in any organization) to the big goal that drives everyone in the company: making films that make them feel proud of one another.”—Robert I. Sutton, Stanford professor and author of The No A**hole Rule and co-author of Scaling Up Excellence
or support indie stores by buying on
Copyright © 2020 American Booksellers Association