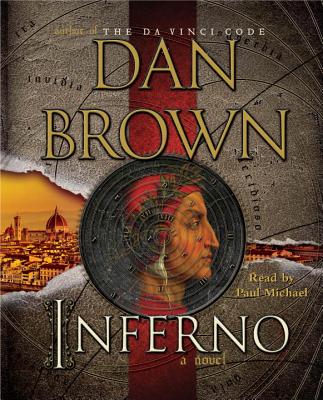 "AS CLOSE AS A BOOK CAN COME TO A SUMMERTIME CINEMATIC BLOCKBUSTER…Brown builds up Langdon's supporting cast, which is the strongest yet."--USA Today

"BROWN IS AT HIS BEST when he makes readers believe that dusty books and musty passageways are just covers for ancient global conspiracies."--The Washington Post

"A DIVERTING THRILLER…Brown stocks his latest book with all the familiar elements:  puzzles, a beautiful female companion, and hints of secret conspiratorial agendas."--EW.com

"Brown gives us lots of history and culture…but he puts the story first. INFERNO IS THE KIND OF SATISFYING ESCAPIST READ THAT SUMMERS WERE MADE FOR."--The Boston Globe

Dan Brown is the author of numerous #1 bestselling novels, including the recent record-breaking The Lost Symbol, which had the biggest one-week sale in Random House history for a single title.  His previous title, The Da Vinci Code, has sold more than 80 million copies worldwide, making it one of the bestselling novels of all time. In addition to numerous appearances on The Today Show, Mr. Brown was named one of the World's 100 Most Influential People by Time Magazine. He has appeared in the pages of Newsweek, Forbes, People, GQ, The New Yorker, and others. His novels are published in over 50 languages around the world
Loading...
or
Not Currently Available for Direct Purchase