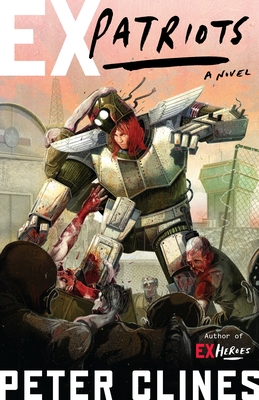 It's been two years since the plague of ex-humans decimated mankind. Two years since the superheroes St. George, Cerberus, Zzzap, and Stealth gathered Los Angeles’s survivors behind the walls of their fortress, the Mount.

Since then, the heroes have been fighting to give the Mount’s citizens hope, and something like a real life. But now supplies are growing scarce, the zombies are pressing in . . . and the heroes are wondering how much longer they can hold out.

Then hope arrives in the form of a surviving US Army battalion--and not just any battalion. The men and women of the Army's Project Krypton survived the outbreak because they are super-soldiers, created before mankind's fall to be better, stronger, faster than normal humans--and their secure base in Arizona beckons as a much needed refuge for the beleaguered heroes and their charges.

But a dark secret lies at the heart of Project Krypton, and those behind it wield an awesome and terrifying power.

PETER CLINES has published several pieces of short fiction and countless articles on the film and television industries, as well as the novels Ex-Heroes, Ex-Communication, Ex-Purgatory, and 14.  He lives and writes in southern California.