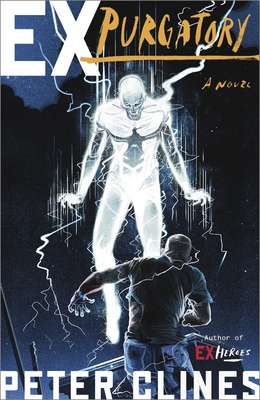 When he’s awake, George Bailey is just an ordinary man. Five days a week he coaxes his old Hyundai to life, curses the Los Angeles traffic, and clocks in at his job as a handyman at the local college.

But when he sleeps, George dreams of something more.

George dreams of flying. He dreams of fighting monsters. He dreams of a man made of pure lightning, an armored robot, a giant in an army uniform, a beautiful woman who moves like a ninja.

Then one day as he’s walking from one fix-it job to the next, a pale girl in a wheelchair tells George of another world, one in which civilization fell to a plague that animates the dead…and in which George is no longer a glorified janitor, but one of humanity’s last heroes.

Her tale sounds like madness, of course. But as George’s dreams and his waking life begin bleeding together, he starts to wonder—which is the real world, and which is just fantasy?

“Bound to appeal to fans of zombies and superheroes alike… If ever a book had the potential for a Hollywood blockbuster, this is it.” —SF Signal on Ex-Heroes

“I was completely floored by this book’s ingenuity and charm...exemplifies the real meaning of a page-turner.” —Fantasy Book Critic on Ex-Heroes

“A fabulously geeky adventure about getting the superpowered band back together...Ex-Puragtory not only drops a host of Easter eggs for longtime fans, but it also makes for a satisfying entry point for new readers.” —Kirkus

“The fourth episode in Cines’ genre-blending Ex series puts an unusual twist on the superheroes/zombie apocalypse mashup… Clines has always written with a pop culture sensibility, but he’s got a new air of confidence in his characters and world-building that allows the series to go off at a 90-degree angle and still stay faithful to its roots.” —Publishers Weekly

PETER CLINES has published several pieces of short fiction and countless articles on the film and television industries, as well as the novels Ex-Heroes, Ex-Patriots, Ex-Communication, and 14.  He lives and writes in southern California.
Loading...
or
Not Currently Available for Direct Purchase